This is actually a tricky blog to write. The build of our kitchen extension started in July 2018 and it is now the 16th October 2019! At the time I had every intention of writing regularly to keep a diary of the work but it soon became apparent that this build was going to take much longer than anticipated and there would often be a few weeks with minimal advancement. To say some lessons have been learned is an understatement and my husband has made it clear that we will never be taking on a renovation again, unless he can have a break from work to do it himself!

Luckily, although not a builder, my husband is extremely handy and also knows how elements of a build should be done. However, having the ‘experts’ in to do the work meant we were more reluctant to point things out to them and when we did pull them up on elements we didn’t question them like we should or as would do in other situations. We really should have had the confidence (it is our house and we were paying them – well the contractor that subbed out the work to them) to see through the excuses and promises.

With our build we went with a loft company as the main contractor, however when it came to the kitchen extension they subbed this out to a company who had done a few jobs for them before, albeit to a good standard. Speaking to the main contractor later during our build, it turns out that our job and the one before ours had a number of issues, probably because ours were the biggest builds they had undertaken. As the loft extension had gone so beautifully and the workmanship was absolutely spot on we made an assumption the kitchen extension would be carried out in the same way. The key thing to take away here is even if you have a fabulous main contractor, make sure you do your own checks on any companies that work is subbed out to!

The work we were having done was pretty straight forward. At the back of the house we had a small kitchen (with a separate utility that wasn’t being touched) next to a small study. The plan was to knock the 2 rooms into 1 and extend out 1.5 metres. The entrance to the original kitchen was through double doors off of the hallway. These were to be blocked up and the door to the original study was to be the entrance to the new kitchen diner. Some pictures to illustrate: 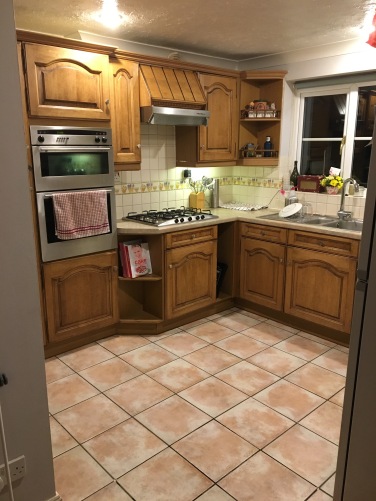 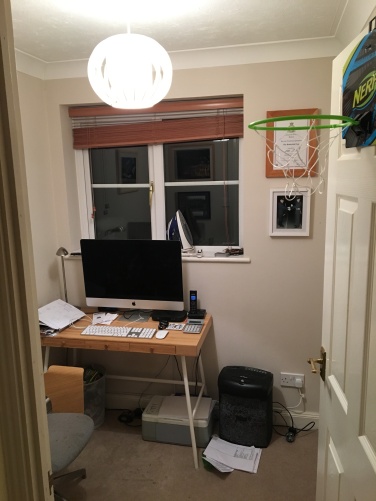 Rear of the house showing the original kitchen window (far right) and the study window (to the left of the kitchen): 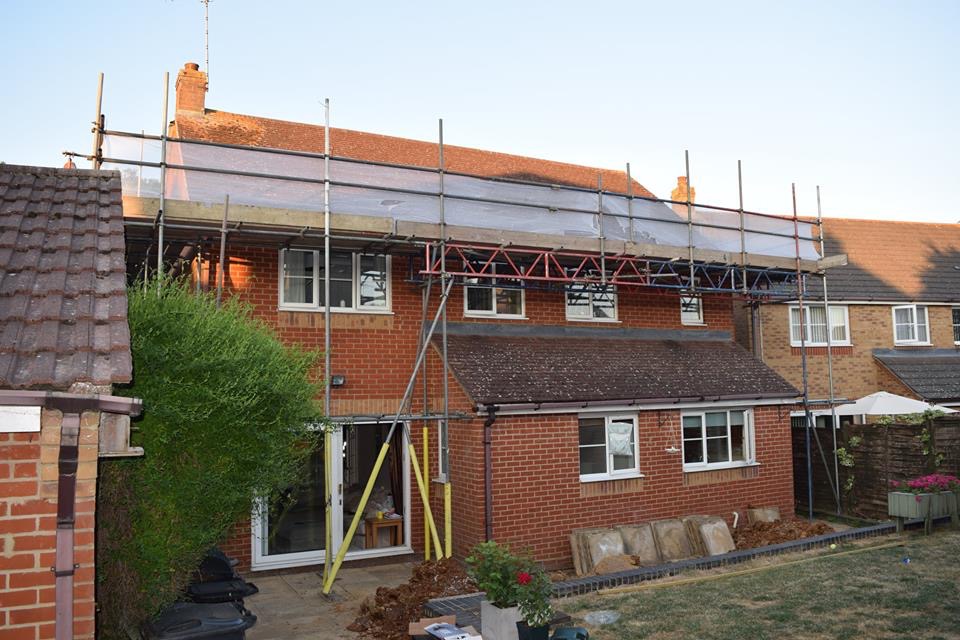 Warning bells started ringing quite early on! The foundations were started but took a good couple of weeks to be completed. This, we were told, was because the builders needed to finish another job they were working on so that they could then give us their full attention.

Anyway, now I’ve established the build was a bit of a nightmare it did get going. Here are some pictures of the progress made early on.

Here are a few photos of better views of the internal space during the knock through (including the twins blog debut):

The bottom photo above shows Charlotte standing in the double door space which is the original entry point into the kitchen. This will be blocked up and the new entrance will be vis the open solid white door in the photo. As mentioned before this was the door into the study room.

One of the biggest joys of this extended build was the relocation of key kitchen appliances into the dining room! Note the sarcastic tone!! This would have been fine if it had been for a few months but it ended up being for almost a year – including a Christmas!!

Having the large fridge freezer in the hallway and the desktop oven, toaster, kettle and camping gas stove in the dining room for that length of time was pretty interesting when trying to feed a hungry family of 5. Saying that, it is amazing what you get used to! I had all my main pantry items in a large Dunelm storage box and I cleared a couple of bookshelves to store tea, coffee, salt, pepper and spices and bread etc. As we had the sideboard to hold some of the appliances I cleared out a few drawers to store the saucepans, crockery and cutlery. This actually worked extremely well. 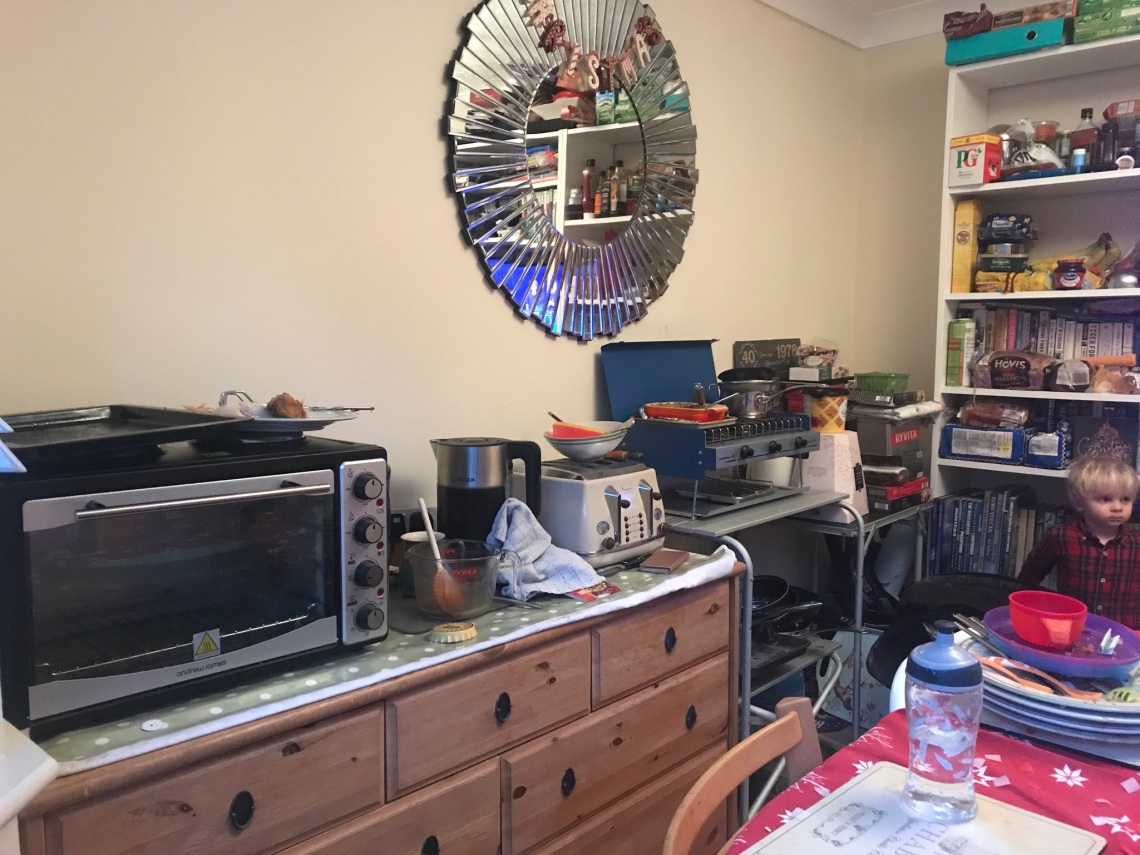 We were however extremely lucky that we had the use of the utility room for the majority of the build. Having the sink, washing machine and microwave available in here was a saviour, for my sanity if nothing else. There was just a week or two where I had to do the washing up in the bath!

In the next blog I’ll be chatting about the next stages of the build and the work we had to undertake to put some really key elements right – like the floor and roof!!!