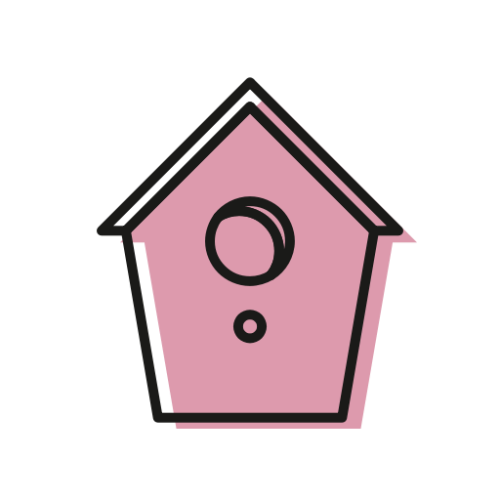 The big day arrived on the 23rd July! The scaffolding was put up! Hurrah!!

This was actually meant to happen on the previous Friday so the builders could get cracking on Monday morning but that wasn’t the case. But Monday came and I felt like I was 6 years old again on Christmas morning, I was SO excited to finally see things happening.

It had felt like a long process from receiving the architects drawings to today. The architect we were recommended was fantastic and as well as advising, sorted lots of bits and bobs out for us. Then we had to find a good reliable builder. This – to my surprise – was harder than I thought and it took months!

In total we approached four – three of those were recommended to us either by friends that had used them or friends that worked at building companies that sub-contracted work to. One company came back with a crazy price, another came back within a reasonable time and a reasonable quote but when he came around and discussed the plans we had concerns that he didn’t really understand what we wanted and the third took over five weeks to come back to us after visiting the house. I was getting really frustrated at this point, especially with the waiting involved. We had both assumed that domestic building companies would be doing this kind of work day in day out and have quote templates that just needed to be tweaked per job, clearly this isn’t how they all work.

My parents-in-law who were living with us at the time came back after a day out and had seen a marketing banner on a house that was having work done in the local area and gave us their details. My husband made contact, the owner came round a couple of days later and immediately my other half knew he was on the ball. I did a bit of online research and through Facebook found a person that had left a very good review of their work. This lady had a business so I contacted her by phone and was so pleased to hear what she had to say about them. They were extremely hard working, had attention to detail, were very open and up front and to top it off, and importantly to me with three young children at home, they were very considerate of the family and the home they were working on. The building company owner was also open with us and had made it possible to visit other recent jobs they had completed.

We were sold on him and enthusiastic again. The original quote needed a little clarification and tweaking which was done quickly and we agreed to go with them!

We managed to get finances secured so now we had a fixed budget we have to work to – it’ll be tight but worth it I’m sure.

So … back to day 1 and the scaffolding. It was one of the hottest days of the year and they needed to get the scaffolding up as they were a day late already – and they did. 12 solid hours of hard hot work and they managed to wrap the house in scaffolding and walk ways around the roof line. The guys were absolutely brilliant and we highly recommend them to anyone (see our Trades & Suppliers page for details).

The builders were also on site and started on the ground works which was unexpected. They dug down to a level they needed to by hand and left when the scaffolders needed to work over that area. 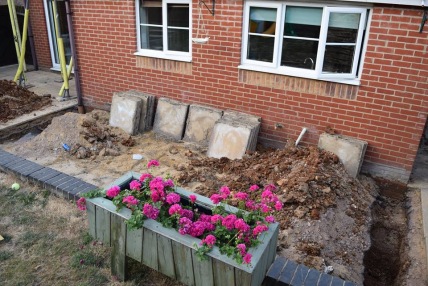